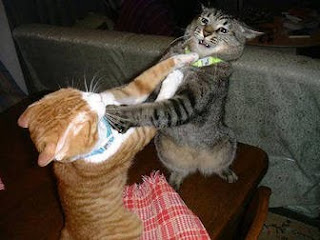 The fight reportedly broke out after Tater made a “quick move” on the last peanut butter-filled pretzel left in the bowl on the barroom counter top. 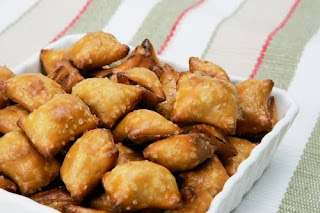 "All of a sudden some guys surrounded Tater," said a witness. "One of them, who had a bald shaved head, started to tease him and told him he was cute. Then another cat appeared and he hit (Tater) in the face before taking the last pretzel.”

Witnesses said this started a physical argument between Tater and the cat, who hit him repeatedly in the face with a stainless steel drink muddler.

Other guests of the club allegedly helped to pull the two apart from each other. The rowdy cat took off into the men’s bathroom to eat the pretzel. 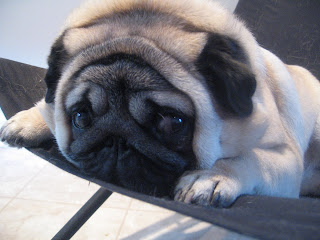 Early in the investigation it wasn't known what caused the fight, which broke out around 11:45 p.m. at Harvey‘s Lounge on Aurora Avenue.

Since that time witnesses have come forward to relate who had claim on the last pretzel.

Witnesses said Tater and another unidentified cat had been discussing (the pretzel) politely, saying “’you take it, no you take it,’” the witness said. 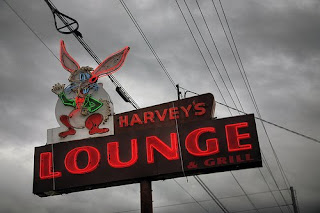 A group of cats who had been watching grew angry at the discourse and forced their way to the bar to claim the pretzel and the fight broke out. One cat knocked a small Pug unconscious and repeatedly teased and kicked him before fleeing the scene.

The manager said the cats involved were regulars at the bar but it was not clear to him who should have had the last pretzel.

Witnesses told police a cat later exited the men’s room breathing heavily and smelling like peanut butter with salt on his chin.

Thank you for your kind words about Lucy - we have been to see the vet again this afternoon and she has had another shot of antibiotic. We are hoping that this will recur again it was so frightening.
We are sorry to hear about two of you cats being killed by cars this year - it must have been very distressing.
Luv Hannah and Lucy xx xx

We should have typed "we are hoping that this will NOT recur again" - the typist is a bit silly today - mind you she is ebery day!! haha

We love your stories, just don't get to comment often. But we're happy for Seamus.

This is another little gem.. Glad Seamus is on the mend.. HUgs GJ xx

Some cats just like to start fights, speshully when dey haf been drinking. We find it dispikabul dat somecat kicked dat little pug when he was unkonshus. Why does mom keep laffing, dis is seereeus!

hello friends this fun but I prefer dogs