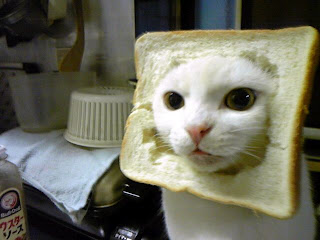 Lynnwood police need the public's help to find a pair of Chihuahuas they say threw cheese and bread slices out a window onto the head and vehicle of a cat Tuesday in a what is being called a road-rage incident.

The cat told police she was driving north on Interstate 5 about 4:15 p.m. when she saw an older model, jacked up, dark gray, van with chrome rims weaving erratically between lanes.

“The car was at once backfiring and lurching back and forth violently,” said Marlowe, a 9-year-old Domestic Short Hair. “The (Chihuahuas) inside were laughing, funny-smelling smoke was pouring out from their open windows, and they seemed oblivious to traffic.” 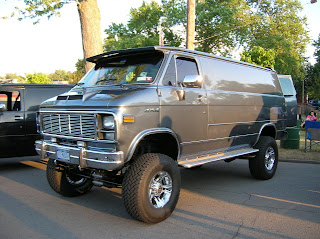 After the car forced her into another lane, Marlowe told police one of two Chihuahuas inside the car saw her, became suddenly crazed, and proceeded to throw slices of processed American cheese and white bread from the window of the van into the path of her car.

One slice of bread came through her open window, she said, and became lodged around her head, nearly causing her to lose control of her vehicle. Other slices of cheese and bread slapped onto her windshield and the hood of her car. Neither the bread nor the cheese caused structural damage.

The cheese slices had been unwrapped from their individual plastic wrappers, and were “sticky,” Marlowe said. The white bread was unremarkable. Terrified, she quickly pulled to the side of the road and alerted police. 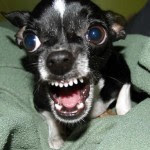 A description given of the driver seems to match that of Julio, a wanted and well-known member of the Texas Mexican Mafia

Marlowe said she lost sight of the van after it took an exit in South Everett. After meeting with sketch artists, the State Patrol released a composite sketch of the driver, a description of the second Chihuahua was not given.

Police say the description of the Chihuahua exactly matches that of a Texas Mexican Mafia member named Julio Gustavo Ortega Jimenez Gonzalez Phillipe Estevez Calderon Encarnation, who eluded police in Oregon a month ago. If you have any information regarding this incident please contact the Lynnwood Police or the Washington State Patrol.

the second you posted this i was all over it...

LOL, I can't stop laughing while viewing your pictures, yes Indeed those post are priceless ^_^

The Mexican Mafia! how funny!