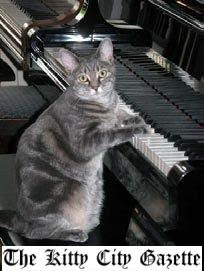 A local cat is alive and in good spirits today after hoping for and receiving an organ transplant that changed her life forever.

Early this month, Tyber, a 12-year-old, spayed, Domestic Short Hair, came down with what she thought was the flu. Tyber had never thought much about organ donation.

That changed instantly the afternoon she passed out playing the organ in her home. When she awoke in the hospital, doctors told her she had been put on the National Organ Transplant Waiting List. Her organ had fallen apart, with her playing it, and failed. 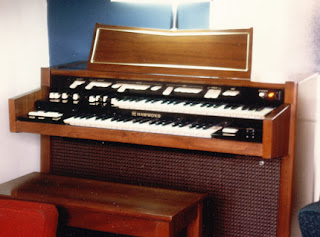 This Hammond organ died while Tyber was playing Bach

The organ, a Hammond T-200, was bought used from a social club in the early 1980s. Tyber said she would like to replace the organ, but had recently lost her job and could not afford to buy a new one.

On an average day, about 77 cats receive organ, piano, and sometimes even synthesizer transplants from other cats who either quit taking lessons and want to be rid of the organ, are moving and cannot take the instrument, or are getting a divorce.

Tyber said, “The doctor said the amp blew out, one pedal fell completely off, and then it just died. I woke up in the hospital."

She told the Gazette she had been taking piano and organ lessons since she was a kitten, paid for by her mother, and immediately felt the loss. “I was very depressed,” she said. “I wasn’t sure how to go on without it. Music has been a part of who I am for as long as I can remember.” 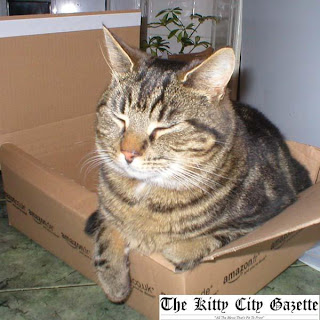 Tyber said she signed up immediately for an organ transplant. “Piano, organ, it didn’t matter to me at that point, I'd have taken anything I could get,” she stated.

Nearly 150,000 cats are on the National Organ Transplant Waiting List waiting for a viable organ or piano.

Thousands never get the call from a transplant center saying a suitable donor organ or piano has been found, and sometimes the old model is just left to die, alone, unplayable, in the living room.

After only 2 weeks on the National list, Tyber received this Baby Grand, which became available due to a nasty divorce

"I had been on the donor list all of two weeks when the doctor gave me the news they found me a baby grand piano," Tyber said, "It isn‘t an organ, but it‘s close enough."

If you or someone you know has an organ, piano, synthesizer, or even a drum machine that they are not utilizing, please consider the many benefits of organ donation. "It was a miracle, to be honest with you," Tyber happily said while playing her donated Yamaha GB1K Baby Grand Piano at her home in Sequim. “Music is my life."