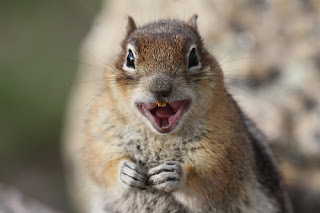 Research to be presented at the Meeting of the Society for the Study of Squirrel Behavior (SSSB) finds that squirrels who possess genetic modifications associated with low activity of the reward neurotransmitter dopamine in the brain when eating appetizing foods are more prone to weight gain.

In the five-year study, scans of volunteer squirrel brain activities revealed squirrels who had lower activity in food reward “pleasure” regions of the brain and who had genetic modifications associated with lower dopamine activity showed the greatest weight gain after one year. 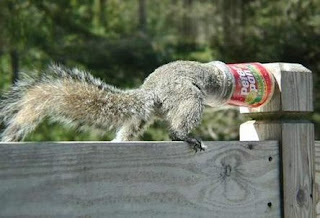 Aragorn, a 14-year-old Scottish Fold from Olympic College, who led the study, said “These findings provide some of the first prospective evidence that squirrels who experience a blunted reward from food may compensate by over-gathering, over-burying, and later overeating, binge-like behaviors, and increasing risk for unhealthy weight gain.”

“It would really explain some of the frantic, aberrant, and crazy-ass behaviors exhibited by some squirrels,” Aragorn said, “The ones outside my office can’t seem to ever get enough to eat and sometimes act hyper, erratic and scary (sic).” 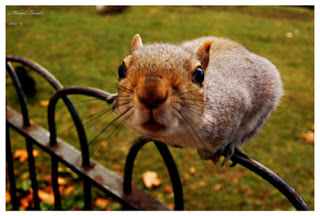 The results of this study highlight the need for further research into the role that neural reward systems play in the development of squirrel obesity. Hopes are that more and more squirrels will come in for testing and be made aware of this possible genetic pre-disposition.

“It may be useful for squirrels who show low food-related reward to increase their physical activity, which not only promotes activity in the same reward circuitry, but also reduces unhealthy weight gain from constant overeating” said Aragorn.