Cat Who Got Stuck In Tree Made Prank Calls, Ordered Pizzas, Police Say 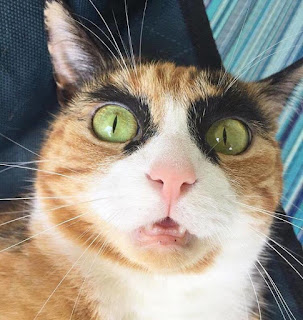 A local cat who spent nearly 32 hours perched in-between two large trees in Sequim was charged Tuesday with first-degree malicious mischief and second-degree assault. Betsy, a 9-year-old Calico, is scheduled to be arraigned on July 17th.

In charging documents filed in Clallam County Superior Court, prosecutors are also asking a judge to issue a no-contact order banning Betsy from going near the large, towering oaks just outside of Sequim High School.

SWAT and firefighters responded to Hendrickson Street and South Sequim Avenue around 12:20 p.m. on July 9th after Betsy allegedly threw an apple core at someone from (the tree), giggled, climbed about 10 feet higher up the oak tree, and started making phone calls. 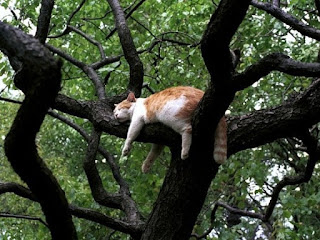 SWAT officials said Betsy pelted police and firefighters with chunks of bark and branches ripped from the tree as well as leaves, prosecutors allege. Several passers-by and cars were struck by the bark, police said. One officer suffered a cut on the ear from a “really big” piece of tree bark, and two others were struck on the arm.

During the 32 hours that Betsy was in the tree, she took 23 naps, made 128 prank-calls on her cellular phone, laughed at police negotiators, spit on people, ordered pizzas, and earned a sizable Twitter following as #BetsyInTree. Betsy finally climbed down Monday afternoon. 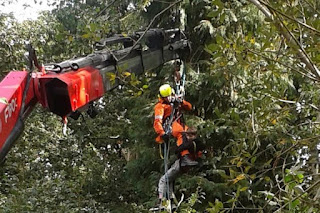 Betsy’s mother, Tiger Lili, of Joyce, Washington, said she had not talked to Betsy for about two days when a friend called saying she was on the news again, stuck in a tree.

Tiger Lili said she made numerous attempts to get Betsy help but was told there was nothing anyone could do unless she posed a danger to herself or others.

“There’s nothing we can do because she’s an adult and doesn’t think she needs help,” she said. “It feels very hopeless.”