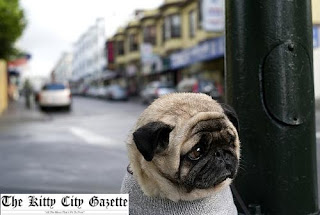 A dog who allegedly videotaped a friend playing with a "My Little Pony" doll at his home in Seattle back in 2005 is now accused of playing with Barbie Dolls in Sequim.

Poindexter, a 13-year-old, neutered Pug, was arrested and charged Tuesday night on 4 counts of playing with dolls, a Class 3 felony in Washington State. Big Poppa, a 14-year-old, neutered, Domestic Short Hair cat who lives with Poindexter in the Sequim area, was also charged with 2 counts of the same crime.

“This is one of the most upsetting days I've ever dealt with,” Clallam County Sheriff Brian, a 4-year veteran of the force said in a statement to the press. 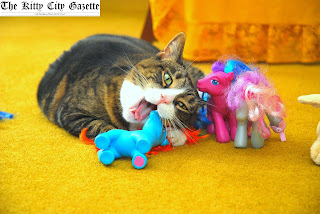 Poindexter and Big Poppa are each being held on more than $100,000 bail in the Clallam County Jail.

According to an arrest warrant, Poindexter engaged in role-playing acts with Barbies, Bratz, and even Polly Pocket dolls at the home over a span of several months.

A complaint from a concerned neighbor prompted an investigation. A cat reportedly saw Poindexter playing excitedly in the front yard with the dolls, even “mimicking girly voices,” the witness said, and promptly e-mailed investigators a camera photo of the Pug, who appeared to be having a tea party with the dolls. 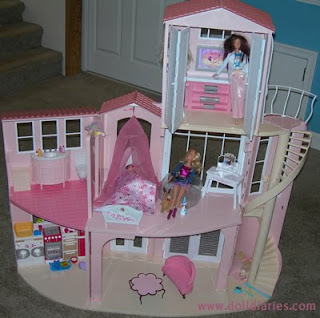 Authorities acting on the tip quickly went to the property, which detectives said is situated only one mile away from a toy shop, and found an entire cache of Barbie and Bratz dolls, furniture, play houses, quilts, and clothing.

Detectives said it appeared the two males had been having “serious tea, pool, and other parties with the Barbies and other dolls in recent weeks.”

Reports said authorities recovered thousands of pictures of Poindexter engaging himself in doll-play, even going so far as to “dress himself up in pink, frilly aprons and hats, serving food and snacks to the inanimate, plastic dolls.” 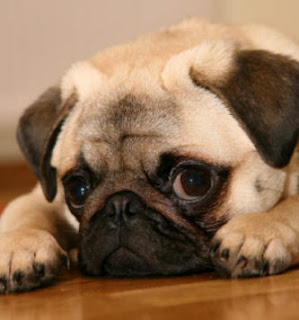 "This is not over, more charges are coming," police said. "They've been having tea parties with dolls," detectives told The Gazette. "(Poindexter) has been here for four years and it looks like this has been going on for some time, he ought to be ashamed, a grown dog playing with dolls like that.”

Back in 2005, Poindexter was identified by police as having made multiple videotapes of himself and his cat friend Big Poppa ‘playing horsey’ and having sleepovers with My Little Pony dolls, authorities said.

Poindexter appeared in court Friday and entered an Alford plea, a type of "not guilty" plea meaning he did not admit guilt but acknowledged a jury likely would convict him if he went to court.

Like I always said, never trust a pug. They're so easily influenced by cats. NNNAAAAANNNNNGGG!!!!