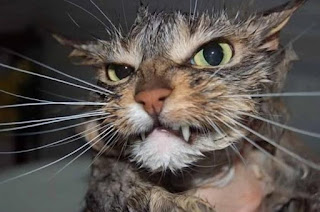 Healthy, organic, and fresh foods, may be associated with increased risk of obesity, diabetes, depression, reduced fun, high blood pressure, and heart disease, according to a new study published in JAMA (Journal of the American Medical Association).

Consumption of "healthy food," such as kale, Swiss chard, spinach, sweet potatoes, and broccoli, is a widespread trend promoted in stores like Whole Foods, PCC, and other small "healthy" pet stores, and demand by humans is increasing. 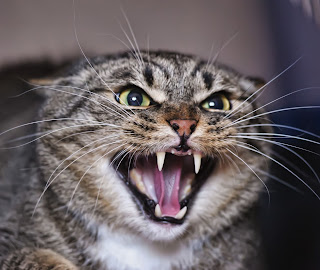 This participant was arrested for tagging a local DMV and breaking a window, while actively eating healthy foods

To better understand whether consuming healthy food is associated with negative long-term effects on weight and heart disease, researchers from the University of Washington conducted a systematic review of 37 studies that followed over 400,000 cats for an average of 10 years. All 37 of these studies were randomized controlled trials (the gold standard in clinical research), involving 1003 cats followed for 6 months on average. 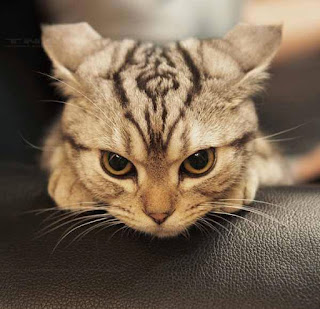 "Due to observed, widespread depression, caution is warranted when eating a healthy diet," Dr. McCatface stated.

"Despite the fact that millions of cats routinely are fed healthy diets, relatively few of them are happy about it, and crave junk," said author Catty McCatface, an 11-year-old, Domestic Short Hair, who is also the Assistant Professor who headed the study.

"We found that data from clinical trials do not clearly support the intended benefits of eating healthy food, and that kale, it just tastes nasty (sic)," McCatface added.

"Given the widespread and increasing use of healthy foods, and the current epidemic of obesity, lacking fun in life, and related diseases, no more research is needed. Immediate daily dietary supplementation with donuts, donut holes, malted-milk balls, Cool-Whip, Whoopie Pies, and ice cream sundaes, is so far the only proven way we have found to reverse this," said McCatface.