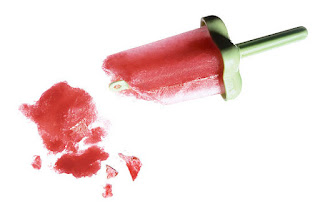 A massive iceberg weighing more than one trillion tons has broken away from a Cherry-Flavored-Popsicle owned by a cat in Sequim, according to a paper published today in the journal Nature.

Scientists from Project ICEPOP had been monitoring the crack in the Popsicle, the third-largest found in the United States, following the collapse of a local pug's Popsicle back in 2014, and had been closely observing significant advances in this newest cracked Popsicle over the past 12 months.

Experts said a 2,239-square-mile section of the Popsicle was confirmed to have broken away sometime between Monday and Wednesday, a crack so large it was seen by NASA's Aqua MODIS satellite. 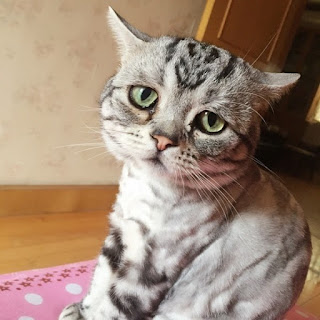 Sadly, the Popsicle was taken away from the unnamed cat for his own safety

"We have been anticipating this event for months, and have been surprised how long it took for the rift to break through the final inches of the Popsicle," professor Dutch, a 14-year-old, Scottish Fold of Peninsula College and lead investigator of the project, said in a statement.

He said the team believes the rest of the Popsicle, also Cherry, has remained intact adding, "This is the normal behavior of a Popsicle, this is not due to global warming or climate change. Although we feel bad for the young cat who planned on eating it, it is not an unnatural Popsicle event."

Dutch believes the newly created Popsicle chunk, likely to be named A68, has a volume the size of Delaware.

"There will be no immediate global impact," Dutch said. "This Popsicle calving event does not directly affect anyone, and repercussions, if there are any, will not be felt for years. However, it is a spectacular flavor and we should all keep on purchasing and eating Popsicles in the future."

Scientists said the calving of Popsicles, even if sugar-free, happens all the time. It's significantly more important when the very last parts of a Popsicle break away, when you start losing precious, tasty, chunks on the floor or carpet, but this area has a long way to go before that happens.

Phew! I was soooo worried about this! I thought it would make sea levels rise, causing NYC to be flooded and disappear from view! Thank you The Kitty City Gazette! I can nap now!