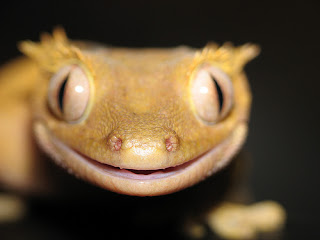 A new study examines for the first time the limits of elderly geckos' gripping ability and fall rate in skilled nursing facilities. Geckos, who are known for their excellent window-cleaning skills, love to climb vertically up trees, walls and even windows, thanks to the pads on the digits of their feet that employ a large number of tiny bristles and hooks.

Scientists wanted to know more about the rate of fall injury in elderly geckos as it compares to younger geckos. This, in an effort to help prevent falls from occurring in skilled nursing facilities where elderly geckos are at a very serious risk. 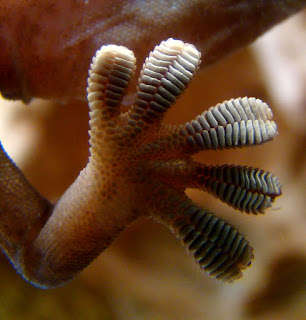 Scientists have long marveled at the gecko's adhesive capabilities, which have been described as 100 times more than what is needed to support their body weight.

Accidents at bedtime present a huge issue to the elderly gecko, including fractures, the majority of which are caused by falls. A recently completed study showed that 70 year-old geckos are at greater risk of falling compared to younger geckos. The higher risk among the elderly can be attributed to variability in gait when multitasking.

The study, published in JAGA (Journal of the American Gecko Association), was conducted at Gekkota University, in Hawaii. Study participants performed three challenging gait tasks: walking up a wall normally at a preferred pace, walking up a wall as rapidly as possible while maintaining control, then skateboarding back down, and walking up a wall at a self-selected pace while wearing a hat shaped like a raspberry.

This study found there was an approximately 88% greater risk of incident falls in the elderly geckos, an alarming rate, much higher than was expected. 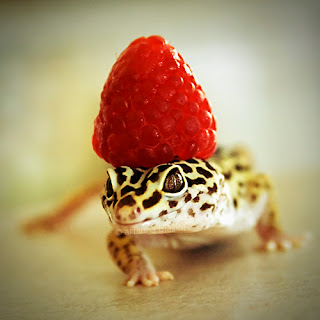 The greatest risk was associated with increased gait variability, predominately during dual-task assignments, like going to a store to purchase an item and then returning it, while donning a raspberry hat and riding a skateboard.

Increased gait variability was seen in both fallers and non-fallers, suggesting that this variability in elderly geckos during multi-tasking may contribute to their increased risk of falls, and thereby, to their known greater risks of life-threatening fractures.