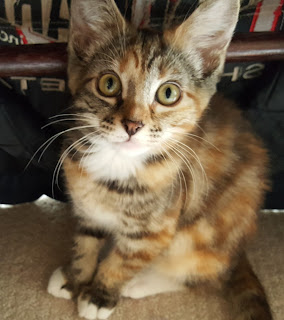 Multiple yarn-and-knitting supply shops in Clallam County have been hit by armed robberies recently and police are looking into the possibility that the same suspect is responsible.

Recently opened Local Yarn Shop in Sequim was hit Tuesday afternoon. Police say the shop on 213 East Washington Street was robbed by a lone, calico kitten who presented a note demanding yarn or string and brandishing a squirt-gun in her waistband. The cashier handed her yarn, and some twine, and she fled on foot. 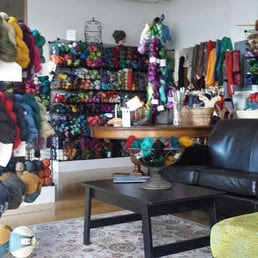 The naughty calico reportedly stole 22 feet of yarn and some string from this location in Sequim.

The Sleepy Valley Quilt Company on 1017 East Front Street in Port Angeles was hit on Monday around 2:30 p.m. A small, calico suspect entered the restaurant, brandished a squirt-gun and handed a note to an employee demanding thread, needles, and some batting. She took the goods and fled on foot.

A short time later, a Jo-Ann Fabric and Crafts on East First Street was hit by a suspect using a similar method. Police responded to a robbery call around 4:00 p.m. Authorities said the calico had a squirt-gun and demanded fabric, an acrylic ruler, and embroidery thread from the store.

By the time officers arrived, the armed suspect had run off and was nowhere to be found. 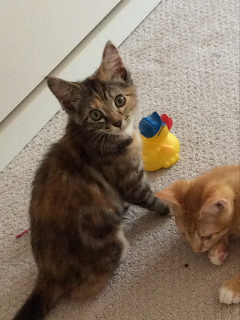 Security cameras caught this kitten along with a ginger accomplice, just one day ago

Multiple yarn-related robberies have taken place throughout the county in the last month and the description of the robbery suspect has been very similar each time. Surveillance cameras from two recent robberies captured images of a suspect, who authorities describe as a vicious, calico kitten, about 14-18 weeks old, with tattoos on her arms.

Authorities were working to confirm whether the same kitten is responsible for all the robberies in the county, including a recent hit at a Wal-Mart in the city of Sequim yesterday.

The total number of heists is at least 23 in the month of July. It is believed the suspect is dangerous and plans on using the stolen materials to make a pretty quilt, police say.